What’s in an SAP Translation Line?

This is what the result of scoping may look like in the translation statistics.

In the SAP system, translation volumes are measured in so-called “SAP lines”, which can range from 1 to 255 characters in length, from an “OK” button to a full error message. When translating from German or English, you can expect an average SAP translation line to contain 3,5 to 4,5 words. An experienced SAP translator can process up to 500 SAP lines per full working day, on average, depending on how difficult to translate the source texts are, and of course, how well they are written.

This dialog box contains texts ranging from two characters in length (“No”) to a text with 43 characters.

There are three types of texts that can be relevant for translation, short texts, long texts, and forms. Each of those is processed by the translator using a different built-in text editor. Short texts are texts that appear on the user interface, such as text elements, button texts, or table entries. Long texts are used in F1 help texts, for example. And there are also different types of forms, such as Smartforms and SAPscript forms, the latter of which come with their own editor. 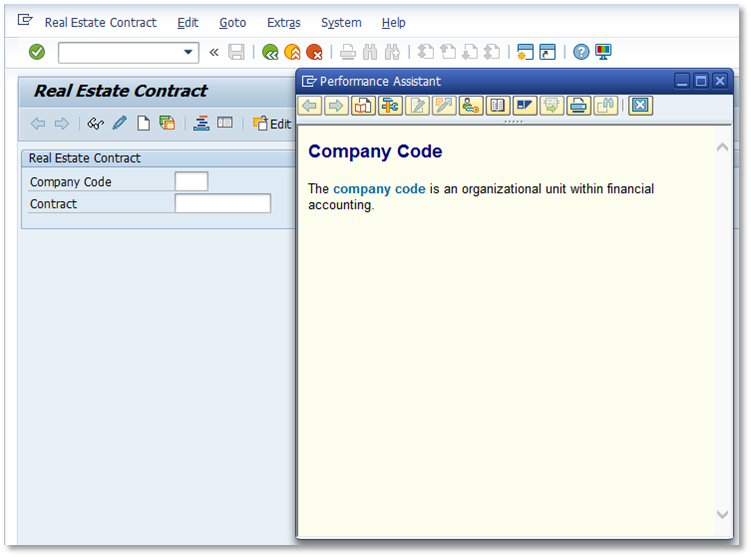 The explanation text in the F1 help box is a long text, while the rest of the texts visible on this screen are short texts.

How Accurate Are Our Estimates?

For short texts, the metric of „3,5 to 4,5 words per SAP line“ is fairly accurate, and since short texts are the most common text type by far, this metric will give you a good idea of how many words need to be translated. Things are more tricky with long texts and forms, however – for those text types, it is not strictly accurate to talk about a number of lines, since the number SE63 give here is more of a „footprint“ than an actual line count.

With long texts and Smartforms, lines are generally much longer than 4-5 words, since these are full sentences, but on the other hand, tags such as <b></b> are counted towards a line, and both headings and empty lines count as full lines as well. With SAPscript forms, things are even more complicated, which starts with the fact that the names of formatting elements such as „Italic“ are also translated.

But looking at translator throughput on average over many years of SAP translation projects, the „up to 500 lines per full working day“ metric is generally fairly accurate on average, be it for short texts, long texts or forms.

Exceptions to Prove the Rule

There are exceptions, however – a few text types that come up in SAP translation such as SAP Forms by Adobe that cannot be measured in SAP lines, since SE63 displays them as having one single line in the worklist, even though they actually contain a lot more text. The form in the screenhot below contains 543 lines of texts (this number varies by how you choose to display the text), but in SE63‘s worklist, it is displayed as a single line.

A PDF form in the worklist.

The same PDF forms in its editor.