Why Machine Translation Isn’t a Simple Matter of Matching Words 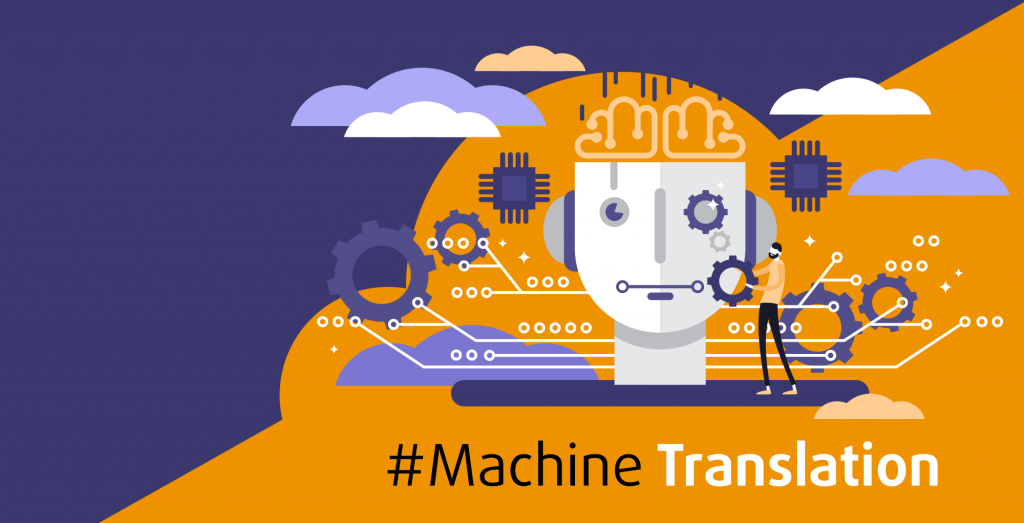 You’re considering hiring a translator or agency to help you with translation, but you’re new to the industry. Isn’t translation just a matter of finding the right word in the new language for each word in the current language? Because then all you need is a free online translator, right? Not really, and we can explain why.

What Is Machine Translation?

In the translation industry, “machine translation” means using software instead of humans to translate words. When you’re on your favorite social media platform and see a small “translate” option under a post written in a language other than your profile language, that’s machine translation. It has come a long way from its early days, but it still requires a human touch to work with.

Yes, you can look up the words, but words by themselves don’t convey meaning, so no, you can’t immediately translate them. If I say, “keyboard,” and nothing else, not even with my body, you won’t know what I mean. Do I mean an input device for a computer? A musical instrument? A piece of playwood in a garage that has keys hanging on it?

We need sentences (and usually other factors) to convey meaning, e.g., saying “My keyboard is broken” to an IT team member at work most likely does not refer to your musical instrument standing in your living room at home.

(However, if that IT team member loves music, then it actually could. But do you see what’s happening here? We’re looking at the context of that statement, something machine translation still needs to perfect.)

Machine translators can’t detect context unless you give it to them, and even then, it’s impossible to train them to see all contexts. The human brain continues to surprise science with its capabilities, and we can’t technologically reproduce those yet.

One Pesky Word That Can Change It All

Prepositions are used in English to connect nouns to verbs and nouns to nouns. For example, these sentences are identical except for the preposition:

Indeed, two of those examples may have made you laugh, because they’re impossible, like running the washer around the dryer. But hopefully you now see the role prepositions play in English.

You might think that the solution is to add in the translation “to be out to lunch” means “to be crazy.” But if the machine translator doesn’t understand the proper context, it may return that crazy translation when the literal one is intended.

Prepositions may be (usually) small words, but they’re big players when it comes to understanding an English sentence. Humans use many clues to give us context that MT can’t pick up on yet. Machine translation is getting better, but it’s still miles from perfect.

Did you know that not all languages have prepositions? They may change a noun or verb to include the meaning we give to prepositions in English. Other languages don’t differentiate between the sentences “I’m working” and “I work” because they don’t conjugate (change the form of) verbs to account for an event that is being carried out right now and one that is carried out over a longer period of time or is a habit.

This is another reason why you can’t translate one word for another. German only has “I work” and requires other signals to help an English speaker understand the time component.

A good machine translator will of course pick up many of the differences we’ve discussed, but not all of them. That’s because computers, despite all the incredible advances in AI, still can’t process context the way a human can.

The assumption that everyone in the world speaks English also doesn’t hold any water: most people don’t. Estimates range from about 1.1 billion to 2 billion speakers, including native speakers and those who speak it as a second or foreign language. Translation is the only solution if you expect your company to have any strong influence globally and have any hope of ultimately conquering any global markets.

In some cases, human-only translation is the best option. But in the usually straightforward language of business and technology, machine translation can help save time and money.

But you always need a human involved who knows both languages exceptionally well.

That’s because effective and fast translation requires a solution that lets standard translations be carried out automatically while still allowing for a human to confirm the context and approve the translation. This is the best of both worlds and a solution you should expect from the translation agency you choose.

There are time-saving ways to translate the documents, applications, and multimedia that your company needs done to reach a wider audience. At text&form, we use a variety of translation tools to complete your translations accurately without resorting to word-for-word lookups and time-consuming, human-only translation processes.

with your questions.
We’d be more than happy to answer them.

Lori Straus is a freelance writer and German-to-English translator. She received her MA in German Studies from the University of Waterloo.