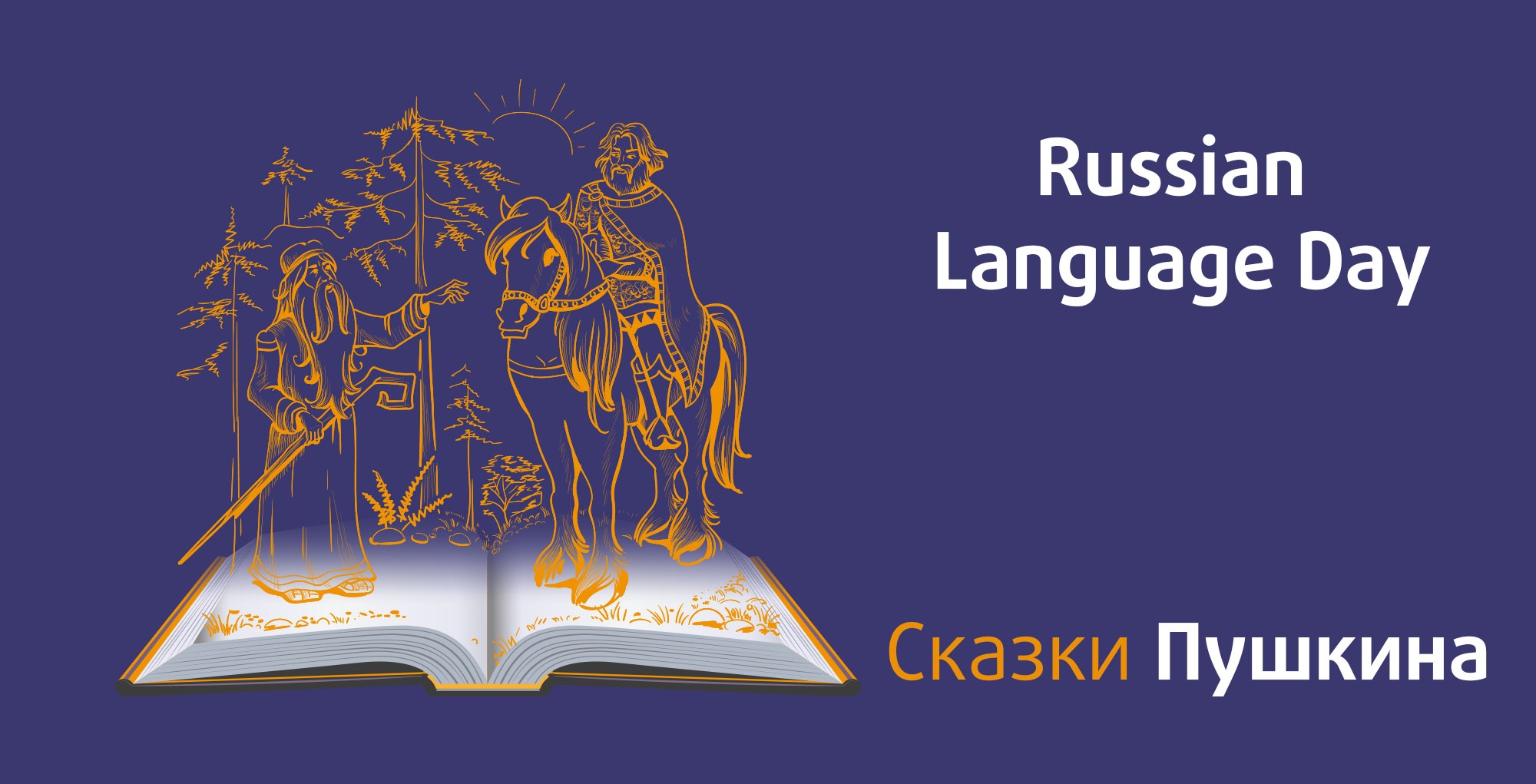 We love Russian Language Day here at text&form because it gives us the opportunity to read, listen to and think about this beautiful East Slavic language and to discover more about Russia itself. Russian is one of the 6 official languages of the United Nations and the 8th most spoken language in the world. There are over 160 million native speakers and it is widely understood in the countries of Eastern Europe, the Baltic States and Central Asia. Russian uses the famous Cyrillic script made up of 33 letters – 10 vowels, 21 consonants and 2 with no sound – and this, along with its difficult pronunciation, means it is not an easy language to learn. But the unique sound of Russian and its grammatical complexity make it a language of subtle and emotional creativity which can be visited through an exploration of Russian culture.

In honour of Russian Language Day why not try some of these activities and delve a little further into all things Russian.

Read a poem by Pushkin in translation

6th June was chosen as Russian Language Day because it is also the birthday of Aleksander Sergeyevich Pushkin, known as the founder of modern Russian Literature. He was a novelist, playwright and poet but it is perhaps for the latter that he is most celebrated.

Listen to music by Russian composers

Tchaikovsky, Rimsky-Korsakov, Rachmaninoff, Stravinsky, Prokofiev, the names roll off the tongue with ease and Russia’s immense contribution to the world of classical music is well known. The first of these, Tchaikovsky would be an obvious place to start and many of his works will be familiar to us even if we hadn’t realised their origin.

Not easy without a teacher or at least a guide to pronunciation, but it was a great excuse for us to see some of this lovely language written down.

Watch a movie in Russian with subtitles in your own language

Movie-making in Russia has a long history with the first Russian fiction film dating back to 1908. But Russian cinema has often been disrupted by upheavals in society and the influence of state control, with Russian-made films not always available to outside viewers. Today however, Russian film-making is thriving and its creative diversity growing as increasingly films are shot away from Moscow. Andrei Tarkovsky is often considered one of the most influential figures in both Russian and world cinema and respected as one of Russia’s most talented directors and writers. Why not take a look at some of his work? ‘Ivan’s Childhood’ won the Golden Lion at the Venice Film Festival in 1962.

The History of Rusiian Cinema

Explore some fun facts about the Russian Language

Russian has 2 distinct ways of saying the colour blue relating to whether it is a light or dark shade and therefore has many more expressions for the varied tones of blue than English.

Russian is the language of international Space Travel! Russian expertise in the science of space is well known and because of its influence in the building and manning of the International Space Station, the Russian language is a requirement for all astronauts who travel there.

The word ‘vodka’ is derived from ‘voda’ which means water!